The Cannery Row Company’s new Steinbeck Plaza is now the gateway to McAbee’s beautiful and historic little beach and serves as a viewpoint into its colorful past. A diverse shopping attraction, Steinbeck Plaza Two — designed to reflect Monterey’s Spanish Colonial heritage — overlooks the beach and provides public access to its ‘feet wet’ enjoyment.  […]

Edgewater Packing Company & Warehouse Frank E. Booth, Monterey’s first major canner, made a belated entry into the burgeoning sardine reduction business in 1917 with a processing plant and warehouse near the foot of Prescott Avenue and Ocean View Avenue. The City of Monterey prohibited any further cannery construction in its harbor, forcing Booth to […]

One of Monterey’s premier canneries, the Monterey Canning Company, remained a major processor throughout the Monterey sardine era. Cans filled at the packing tables and cooked by steam pressure in their cans in the cannery were shuttled to this warehouse through the cross-over for boxing and shipment. The construction and success of this cannery and […]

California’s First Factory Outlet Center In 1926, the American Can Company opened its sprawling sardine can production plant a short distance over the Pacific Grove city line near the Hovden Food Products cannery. This sardine can factory produced a purported twenty-six million cans in its first season of operation, going on to dominate the can […] 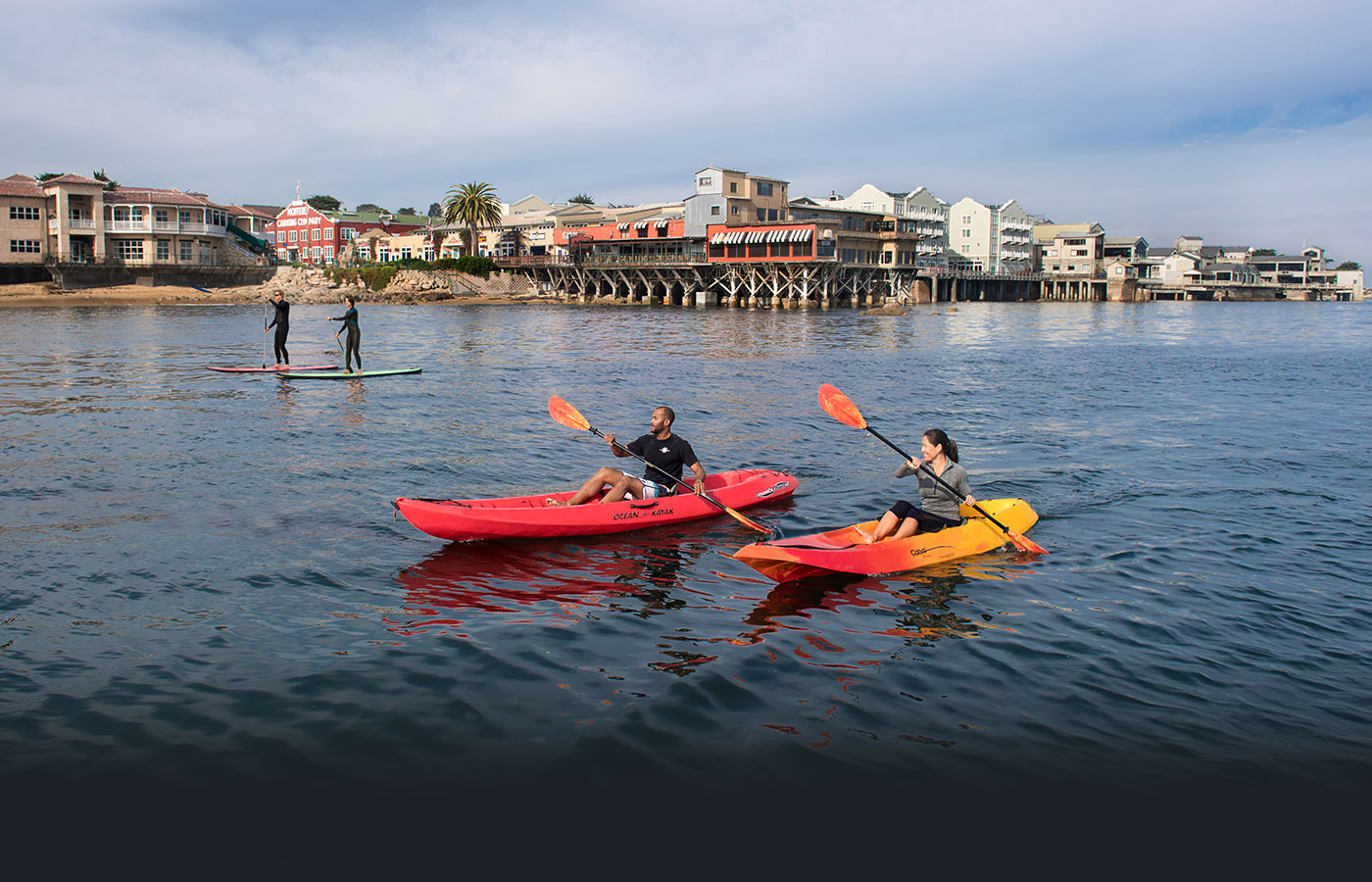